Dare to think: IT-pioneer and her ingenious inventions

The Jewish Museum in Vienna hosted a fascinating exhibition about her life and inventions in 2020, documentaries on TV talk about the ingenious goddess and last October a prize was awarded in her name (find a report on the award ceremony here). We speak about Vienna-born Hedy Lamarr, Hollywood actress, most beautiful woman in the world and tragically misunderstood genius.

A keen spirit, tenacity and a disregard for clichés

At DreiKreis it is our mission to promote female talent in the IT world and  make women more visible. After Ada Lovelace, Hedy Lamarr is another extraordinary woman, who at the tender age of 27 came up with one of the most remarkable inventions in modern communication technology. What is even more impressive: Lamarr had no relevant education.

Instead, she demonstrated that what matters is unrestricted thinking, tenacity, and the ability to liberate oneself from society’s rules, social norms and the ignorance of others.

Lamarr’s story encourages women to use their intellect

Hedy Lamarr was a Hollywood actress. But neither her fame nor success in this glittering industry kept her from developing a plethora of creative and sometimes brilliant ideas. She was so determined that she kept a miniature inventing table with her to use during breaks at the film set. Her son describes her enthusiasm: “After a long day at work she didn’t meet friends, she went home and worked on her inventions.”

I don’t have to work on ideas, they just come.

In the early 1940s Nazi-Germany’s Navy seemed unstoppable. German submarines were sinking Allied ships with civilians, even children on board. “Destroying the German submarines appeared to be impossible. The outdated British torpedoes had no chance,” recounts Lamarr’s son.

But somewhere across the Atlantic Lamarr had an idea: torpedoes, radio-controlled and directed remotely could do the trick. Remote control, however, would require continuous communication between ship and torpedo. The problem: radio communication wasn’t secure. The enemy could detect, which radio frequency was used and consequently deploy radio interference to block all communication. This process was called jamming.

But Lamarr found a way around. If messages were sent using constantly changing frequencies, jamming would only block short snippets of communication.

From everyday objects to the basis for modern communication technology

It is told that her invention might have been inspired by the recently developed remote control for radios („Philco Magic Box“), which allowed the listener to hop between radio stations.

What Lamarr did was imaginative. She transferred technology she saw in the entertainment world into an instrument of warfare. At DreiKreis we applaud this complete liberation of her mind from the shackles of conformity!

Professor Danijela Cabric, Secure Communications, UCLA, states in an interview: the fact that she understood the frequency component of the signal and how this changes is ingenious. Thomas Edison was no engineer either. You don’t need a university degree to invent something new.”

You don’t need a university degree to invent something new.

Hedy Lamarr worked together with American avant-garde composer, George Antheil to implement her idea. He used his knowledge of how player pianos were synchronised, namely by starting paper rolls at the exact same time, turning them at the same speed.

The same way, they thought, ship and torpedo could be equipped with identical information about the frequencies to be used – making it impossible for hostile interferences to jam the communication. A total of 88 different frequencies was to render the security of the system virtually shell-proof.

At first, the idea seemed to fly. The Inventors Council, a government organisation in which engineers and inventors decided on the possible military and national defence use of inventions, recognised originality, and value of the idea. They forged a contact between Lamarr and Antheil and a physicist, who designed the electronic components for the system. Patent was awarded in 1941.

Revolutionary innovation for the filing cabinet

But the U.S. Navy refused to use Lamarr’s idea and it landed in a filing cabinet.

Not a penny did Lamarr receive for her invention, the value of which is estimated to be $30 billion today.

Eventually, her idea was picked up by the communications industry and became the basis of our modern mobile phones, GPS, Wi-Fi, Bluetooth as well as billion-dollar military satellites. Even today, the most secret and important commands of the US military are encrypted in a way based on Hedy Lamarr’s invention.

And maybe the important legacy of this remarkable and tragically misunderstood woman isn‘t her beautiful screen-image nor her billion-dollar invention, but her courage and tenacity with which she challenged boundaries and dared to think!

Inspired? Share your thoughts on this topic with as and stay tuned for more fascinating stories of women inventors, scientists, and role models.

Don’t miss any of our updates and read more about fascinating women in STEM! 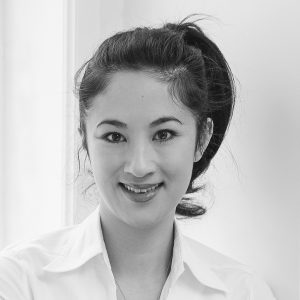 2020, the year of the corona crisis, has shown, just how much of a disparity there still is as the unemployment rate amongst women has been significantly higher than that amongst their male colleagues. Why? Because it is still the women that take care of family and children.

Early in October the “Digital Days” 2020 took place in Vienna, at the end of which the Hedy Lamarr Award of the City of Vienna was awarded.
This prize honours female researchers in Austria for their innovative achievements in IT. Since we at DreiKreis also strive to support women and make pioneers in the industry more visible, we have summarised keynote, eulogy and acceptance speech of winner, Laura Nenzi, TU Wien, for you.

We’re returning to our Home Offices

We’re returning to our home offices to show responsibility and to do our bit to reduce the spread of Covid-19.
If we decide to work at the office we make sure to do so only upon consultation with each other and by strict measures of all safety regulations. 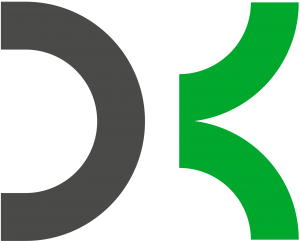